Since 1998, Next Realty has made over 75 investments on behalf of its affiliates and sponsored funds.

Our investments total nearly $625M in gross asset value and include nearly 2M SF of retail space and over 3,500 parking spaces nationwide.

We focus on the acquisition and management of assets in the retail, parking, office, and multifamily sectors throughout the United States. The assets shown below are examples of prior Next Realty investments. 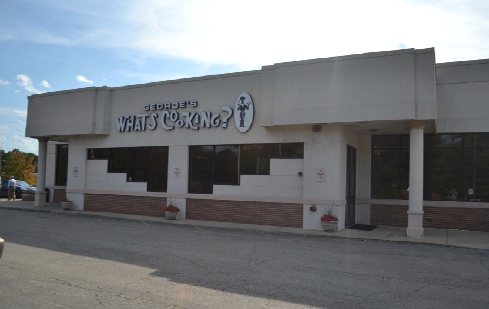 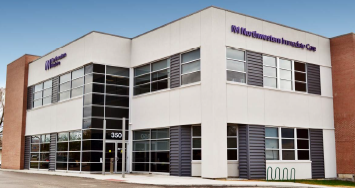 The original business plan involved converting the former restaurant into a multi-tenant retail building. Ultimately, Next Development® was successful at identifying a higher and better use for the property and entered into a long-term lease with Northwestern Memorial Hospital (“NWMH”). During the following 12 months, Next Development® obtained the necessary municipal approvals and redeveloped the property into a two-story medical office building.  NWMH opened for business in April 2013.

Upon completion, the property was listed for sale at what was believed to be an aggressive asking price, and received numerous offers. The property was sold in July 2013, within 2% of the asking price. The sale resulted in a Net Internal Rate of Return of approximately 57% and a Net Return Multiple of approximately 2.2x to the investors during the 22 month hold period.

Oak Lawn Promenade is a 32,000 SF neighborhood shopping center located in a busy intersection across from the Chicago Ridge Mall.

In December 2013, Next Realty Fund VII, LP (“NRF VII”) acquired the property from a distressed owner. The transaction was completed within 17 days of the date that NRF VII reached an agreement with the seller, and it was acquired all-cash.

Upon acquisition, NRF VII implemented an extensive capital improvement plan. The façade was replaced in its entirety and extensive repairs were made to the roof, parking lot and sidewalks. Furthermore, a new pylon sign was installed. Due to the physical improvements to the center, and the active asset management as compared to the previous owner, NRF VII was able to reposition the property and upgrade the tenant mix.

The property was refinanced in July 2014, and NRF VII investors received a significant portion of their initial invested equity. The property is currently 100% leased and continues to generate what is believed to be an attractive cash flow stream.

In January 2014, Next Realty Fund VIII, LP (“NRF VIII”) and an operating partner, acquired the property from a lender who had previously foreclosed on the property. Despite the tertiary nature of the market, NRF VIII purchased the property at what was believed to be an attrative basis, and was successful at expanding several key tenants and securing long-term occupancy for the asset.

Given the strong demand for income producing assets and availability of attractive financing, in August 2015, Evergreen Square was sold to a private investor. NRF VII was able to achieve a significant profit on this property in a short period of time.

Lincolnshire Commons is a 133,000 SF lifestyle center with a diverse mix of medical office, restaurants, fashion shops and convenience retail. The property was built in 2006 by General Growth Properties. Major tenants include NorthShore University HealthSystem, The Cheesecake Factory, Fleming’s and Kona Grill.

In September 2014, Next Realty Fund VIII, LP (“NRF VIII”) and an institutional joint-venture partner acquired the property with the business plan of replacing the anchor tenant and repositioning the asset. We were successful in achieving this objective and re-tenanted the former Barnes & Noble with a long-term lease to NorthShore University HealthSystem. As a result, the Net Operating Income increased by approximately 20%, significantly increasing the value of the asset.

In July 2017, ownership was successful at recapitalizing the property. Next Realty formed a new joint-venture with a South American-based multi-family office, and helped them successfully complete their first U.S. acquisition. The property is currently 92% leased and continues to generate what is believed to be an attractive yield for our investors.

4600 Plaza is a 32,000 SF neighborhood shopping center in an infill location along a major retail corridor in Harwood Heights, Illinois. The trade area surrounding 4600 Plaza has enjoyed historically high occupancy of approximately 99 percent.

In February 2015, Next Realty Fund VIII, LP (“NRF VIII”) completed the acquisition of 4600 Plaza from a local owner who primarily operates office properties. 4600 Plaza was the only retail property in the seller’s portfolio and its value was not being maximized. The business plan for this asset involved upgrading the physical condition of the building, improving the tenant mix and raising rental rates over time.

In less than a year, NRF VIII relocated several tenants, renegotiated some of the leases, and finalized a lease with American Mattress for the entire end-cap space at a substantially higher rent than what was paid by the former tenants. As a result, the net operating income increased by more than 100 percent. In order to be able to continue to improve the tenant mix and further increase rents, NRF VIII completed a façade renovation project. This project contributed to the intrinsic value of the property long-term. As a result of these improvements, in April 2017 NRF VIII successfully completed the sale of the property which resulted in a property level Net Internal Rate of Return of approximately 45% and Net Return Multiple of approximately 1.9x over the 2.25-year hold period.

In November 2004, Next Realty together with an institutional joint-venture partner, acquired a parking portfolio consisting of two garages totaling 700 spaces in Center City Philadelphia.

Shortly thereafter, in April 2006, Next Realty was successful in selling one of the assets and returning all of the equity to the investors.

With the remaining asset, Next Realty re-negotiated a parking lease and repositioned the retail component by upgrading the tenant mix.

In May 2015, Next Realty secured what is believed to be an attractive offer and successfully completed the sale. The sale resulted in a Net Internal Rate of Return of approximately 54% and a Net Return Multiple of approximately 3.2x to the investors during the 10.5 year hold period.

In October 2011, Next Realty Fund VII, LP (“NRF VII”) acquired a 54,000 SF, 160-space parking lot in the historic district of downtown San Jose. The property was being auctioned off by the San Jose Redevelopment Agency and presented a prime opportunity to privatize the operations.

Prior ownership was not maximizing the operation, charging significantly below market rates and subsidizing parking for many of the local businesses. Furthermore, there was significant slippage in revenue due to lack of automated controls.

After acquiring the property, NRF VII hired a new management company, installed state-of-the-art parking access and revenue control system (PARCS) and overhauled the operation. Cashiers were eliminated and new ticket dispensers, gates, exit verifiers and pay-on-foot machines were installed. At the same time, rates were realigned and the average ticket price increased substantially. As a result, the net operating income increased by more than 250 percent.

In December 2014, NRF VII sold the Fountain Alley Parking Lot to a local developer, generating an attractive return for the investors. 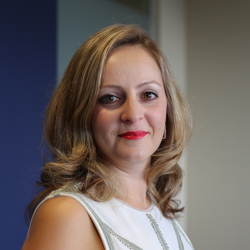