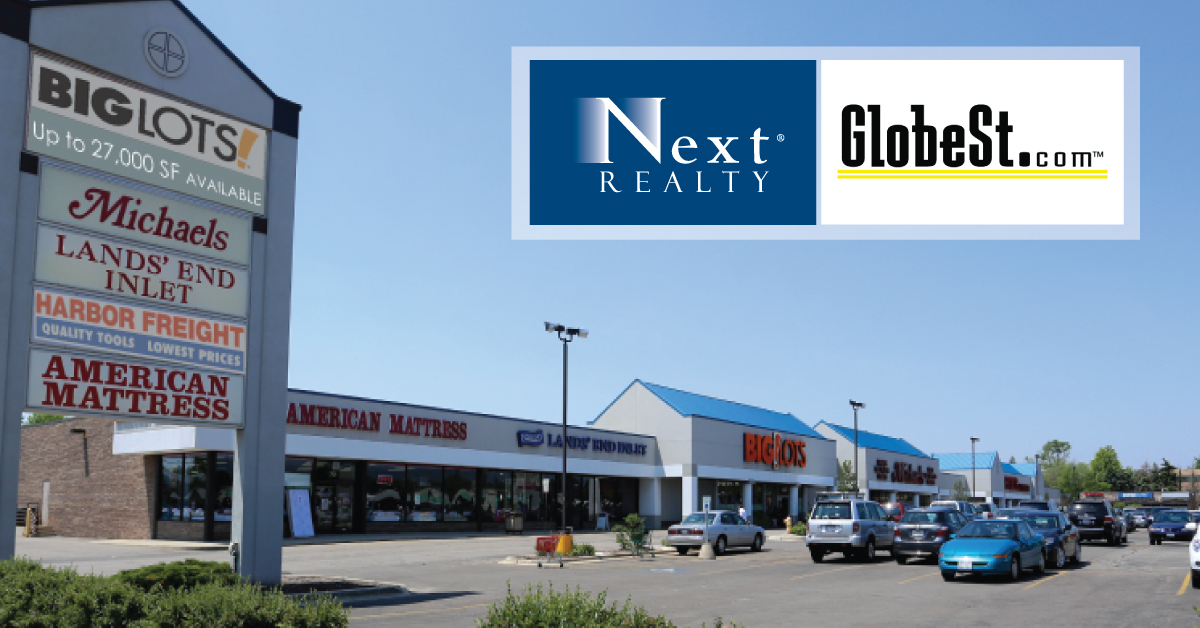 CHICAGO—The demise of The Sports Authority left some big holes in Chicagoland’s retail market, but landlords have already filled much of that space. Next Realty, LLC just completed several leases for its community retail center at 7233 West Dempster St. in Niles totaling more than 46,000 square feet, including more than half of the space previously leased by Sports Authority.

“In the retail world, the internet is hurting many tenants,” Marc Blum, president of Skokie, IL-based Next Realty, LLC, tells GlobeSt.com, “but great locations are still great locations.” And the high traffic counts, impressive demographics, and other solid fundamentals inevitably draws retailers to Niles. “It checks all of those boxes. The people who live in the neighborhood still shop there.”

The trick these days is to secure tenants that can remain viable even as e-commerce cuts into the revenues of many stores, he adds.

In the largest of the transactions, Big Lots, which has been a tenant of the center since 1995, leased 32,000 square feet of space, more than doubling the size of its footprint. The discount furniture retailer will occupy the western portion of the almost 60,000-square-foot space previously leased by Sports Authority.

Big Lots had for years wanted to expand its Niles store, but the center never had any vacancies, says Blum. But once Sports Authority shut down, “we said, ‘guys, here’s your chance.’”

Although many brick-and-mortar retailers can’t compete with online sales, discount furniture stores seem to hold their own. Bob’s Discount Furniture, for example, has also taken over some of the other spaces once occupied by Sports Authority. In fact, as many furniture buyers want to actually see and touch their purchases, some online furniture retailers have struggled.

At the Niles center, Calabasas, CA-based Harbor Freight Tools, a privately-held retailer, executed a new lease and will occupy Big Lots’ old space. It will then have 15 locations in Chicagoland, including one at Next Realty’s Roosevelt Plaza in Lombard. And much like discount furniture stores, it has a customer base that shuns the internet.

“They tell me they are contractor driven,” Blum says. And these customers frequently need special tools fast, and prefer a quick trip to a local store where they can examine the merchandise, rather than viewing it on a computer screen.

About 27,000 square feet of the former Sports Authority space remains available. Blum says Next is currently in negotiations with several retailers that could take all or significant portions of that space.