The State of the Suburban Retail Market

We used to say “location, location, location” to identify a property’s value as an investment.  A couple of years ago, in the midst of recession, I coined the phrase “Location, Liquidity and Luck” as the new 3 L’s of real estate. Using this concept to benchmark current progress in the industry, we can identify strides we are making here in the Chicago metropolitan area and otherwise.

The many facets of location – including geography, valuation, and absorption – continue to determine the success of a retail property.  Centers that are well-located with long-term leases in place are trading at substantially lower cap rates (and therefore are at much higher values) than those with any risk in those areas.  Real estate has always had favored product types, and today it is no different.  The market has transitioned from single family and retail favorites prior to the recession to the current jewels: multi-family and medical-office.  Retail, especially big boxes, is looked upon less favorably by investors, with the exception of certain trophy properties.

In our industry like most others, valuation is determined by supply and demand.  One of the transitions I have seen over the past year – for the first time in my 25 year career – is the local “fall from grace” of the traditional grocery anchored center.  This is exemplified by the recent news that Dominick’s, a cornerstone of this market for years, is exiting Chicago. Increased competition for grocery dollars, evidenced by the expansion of retailers such as Mariano’s, Whole Foods and Trader Joe’s and the expanded offerings of discount stores (i.e. Target, Walmart and Meijer), along with the decline in perceived credit quality of mainline grocers, have diminished the strength of the traditional grocery store.  This in turn makes it more difficult to lease adjacent in-line space.

The next 60-120 days will provide an interesting stage to see what happens to the Dominick’s space:  which retailers will take space in which markets and what vacancies will remain

Over the past year, a significant amount of vacant retail space has been absorbed for a variety of reasons:

While  these leasing activities put a significant dent in the inventory of big box space that had accumulated over the past few years, it will take a combination of these tactics and others to absorb the Dominicks inventory, and it will not happen overnight.

LIQUIDITY:  GOOD NEWS!  BANKS ARE LENDING! [in the right circumstances, of course]

The credit crunch and dearth of liquidity led to a number of defaults as owners were unable to refinance or sell their properties when their borrowing term had ended.  A number of creative solutions were utilized by both lenders and borrowers to try to prevent or delay this scenario when possible.  Banks require stringent underwriting of sponsors to determine their eligibility and credit-worthiness.  Consequently, the universe of acceptable borrowers has declined significantly.  Another way lenders decrease their risk is to require borrowers to put up larger amounts of equity.  Requiring 35% of a multi-million dollar purchase in cash is a dramatic shift from 10% or less a few years ago.   Although the capital markets have improved, the people who benefit from this influx of liquidity are strong sponsors who are well-capitalized and are willing to sign off individually.

The retail and real estate companies who have endured the recession (some have even prospered!) can thank a variety of factors, one of which is luck.  Companies have liquidated excess real estate, drastically cut budgets and staff, reinvested proceeds into operational expenses, renegotiated leases with tenants or landlords… anything they could think of to get to equilibrium.  But luck has played an important role as well.  Did an owner happen to sign a lease with a still-open Best Buy instead of now-bankrupt Circuit City 5 years ago?  Did the only replacement tenant in the industry pick our shopping center instead of the one down the road?  Coupled with effort, as Thomas Jefferson so aptly suggested (“I’m a firm believer in luck, and I’ve found that the harder I work, the luckier I get.”), there is great opportunity for success in the future.

Retail real estate serves as a proxy for the economy at large.  When the suburban real estate market is favorable to the “mom and pop” type stores, allowing them to open and establish a presence, the economy will have recovered.  As so many suburban downtowns indicate, we are not there yet.  But we will continue to make strides that direction using location, liquidity and luck. 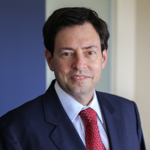 –by Andy Hochberg, CEO, Next Realty